'From London to Little London.'British jazz fusion guitarist Jules Hay follows his passion for Brazilian music from his home in London, UK, to the Brazilian city of Londrina – aka ‘Little London.’

Immersing himself in the local music scene, his collaboration with the musicians there was captured across several days at 3 em 1 studios and was released on the 17th July.The set of 10 original compositions bring together infectious Brazilian rhythms and grooves with a modern jazz fusion sensibility.

In Thiago Ueda (keys), Diogo Burka (Bass), Roger Aleixo, Elthon Dias (drums) and Duda de Souza (percussion), Jules has brought together 5 in-demand musicians from the Londrina scene who add their own joyful playing and improvisations to the proceedings.

Originally slated for March 2020 as an 8-track release, Jules took the opportunity of being locked down in the city to compose and record 2 bonus tracks for the album.

From London to Little London is an uplifting journey for fans of fusion and Brazilian music alike.

Smooth Jazz Chart
This chart from smoothjazz.com is good for one week assuming it updates next Monday
Click here to view the smoothjazz.com chart for this week

Tom Cridland has been joined by a host of esteemed guests for new episodes of his Greatest Music of All Time podcast:

For the most explosive moments on the show so far, such as David Crosby calling Rick Rubin a poser or Sir Cliff Richard revealing his best comeback to journalists, check out the clips playlist here.

The audio podcast is also availabe on Spotify, Apple Podcasts and more here. 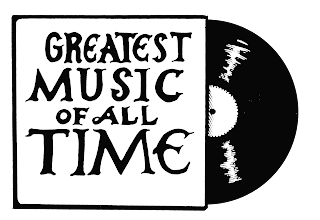 Hardened by growing up in Communist Poland where she was beaten often by an alcoholic father has not dimmed the vibrant spirit of jazz singer-songwriter Yola Nash. Although oppression and obstacles have long been part of her existence, today she thrives in New York City where she hosts her own celeb-driven WABC Radio show and sings to touch people’s hearts, espousing inspiring messages that “love is most important” and “don’t give up on your dreams.” Her recently released second album, “Touched By Love,” an intimate acoustic jazz set that oozes sensuality, passion and emotion, is being considered for nominations in two GRAMMY jazz categories: Album of the Year and Best Jazz Vocal Album.

Nash does everything a bit different than most recording artists. She rushed the release of the album that she produced with GRAMMY-winning jazz pianist Edsel Gomez (Dee Dee Bridgewater) without the standard pre-release setup time required to crank up the promotional and publicity machines. Originally planned for a spring release before the COVID-19 pandemic delayed album completion, Nash forged ahead with her goal for “Touched By Love” to make this year’s GRAMMY nomination submission deadline. While acknowledging that her release plans were handicapped by the virus, she is doggedly determined to make the best of her good fortune to be making records at all. So, she put her head down and went to work, making things happen.

“The way I do things is out of necessity. After growing up the way I did in Poland where virtually every aspect of life was restricted, attacked and discouraged with the purpose of making you feel worthless and hopeless - like you are in prison, I learned that I have to create my own way. I don’t have the same opportunities, the same circumstances or the same skills as others do so I have to find my own path. We all have our own challenges to overcome. When difficulties arise, and they always seem to, I find my way over or around them,” said Nash, who exudes joy and enthusiasm when speaking, usually with a bright, radiant smile.

As “Touched By Love” begins to gain traction at radio and mounts its ascent on the album charts, Nash has been making her extensive network of GRAMMY voters aware of the record with the hope of snagging a nomination. She’s plotting to shoot video clips for a couple of songs from the collection and has already started writing music for her next release. While her process may not be traditional, after all that she’s endured, Nash believes that she is still here for a reason.

“I’ve survived many difficult and painful circumstances, even situations that could have been deadly. Aside from my late mother, who was the force behind my passion for music and who I dedicated the album to, no one encouraged or believed in me. I had to learn to do that for myself. Despite all that I’ve been through, I’m going through life loving people and spreading love through music. Yes, those are love songs on ‘Touched By Love,’ but the love I write and sing about isn’t physical. It’s an all-encompassing, empowering kind of love.”

“A left of center jazz vocalist with a wonderful underground/aggressive vibe delivers the goods on a sensual outing that’s dripping more sex than one disc should have to spare. Genre blending several things at once into a mind-bending whole…Hot stuff.” – Midwest Record

“What we get is the jazz singer-songwriter at her finest, on this intimate six-song acoustic set… thoroughly seductive, truly heartfelt.” – Exclusive Magazine

Smooth Jazz Chart
This chart from smoothjazz.com is good for one week assuming it updates next Monday
Click here to view the smoothjazz.com chart for this week

Tom Cridland has been joined by a host of legendary and rising stars for new episodes of his Greatest Music of All Time podcast:

For the most explosive moments on the show so far, such as David Crosby calling Rick Rubin a poser or Sir Cliff Richard revealing his best comeback to journalists, check out the clips playlist here.

The audio podcast is also availabe on Spotify, Apple Podcasts and more here. 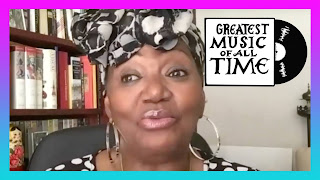 His first album in over a decade, “Playing It Forward,” dropped Friday as the single,

“Motor City Sway,” is perched in the Billboard Top 25.

It’s been eleven years since contemporary jazz flutist Alexander Zonjic dropped a new album, making Friday’s release of his 13th collection, “Playing It Forward,” an event album. A genuine multi-hyphenate, Zonjic is a longtime multimedia personality (he hosts television and radio shows) and artistic director for nearly a dozen music festivals and concert series throughout Detroit and the Michigan region in addition to being a recording artist, explaining the lengthy gap between albums. Finishing the new Hi-Falutin Music release produced by GRAMMY-winning keyboardist Jeff Lorber was made possible because COVID-19 forced the cancellation of most of the calendar of live music events that Zonjic produces.

Whetting the appetite of both radio programmers and fans alike is the disc’s first single, “Motor City Sway,” a tune written and produced by Pieces of a Dream’s James Lloyd. A fun video shot on stage and on the streets of Detroit (the Canadian-born Zonjic’s adopted home), including at the Motown Museum, reveals a “Motor City Sway” dance to go along with the funky R&B instrumental track currently climbing the Billboard Top 25 (https://youtu.be/Cba0NStZM_M).

“Playing It Forward” is an energetic blend of jazz, funk, fusion and soul comprised of five Lorber originals along with a handful of reimagined classics. The outing showcases the work of top shelf musicians, including guitarists Chuck Loeb (one of his final recordings before his passing), Paul Jackson Jr. and Michael Thompson, drummer Gary Novak, horn player and arranger David Mann, and 14-year-old South African keyboard phenom Justin-Lee Schultz, who can be seen performing a talk box solo in the “Motor City Sway” video.

The album title intentionally riffs on “paying it forward,” which is something the benevolent Zonjic does generously throughout metropolitan Detroit and the Michigan region. The award-winning musician is organizing and headlining a November 13 fundraiser for Mariners Inn, a shelter and treatment center for the homeless.

Below is a sampling of the initial album reviews:

“A fantastic album, which was more than worth the wait!” – Keys and Chords

“The album is spectacular…Rarely has an album fascinated me as much as Alexander Zonjic's Playing It Forward.” – Smooth Jazz Daily

“With loads of the usual flourishes and touches that give it edge and keep it interesting as well as several co-writes with Jeff Lorber…It’s a tasty, light hearted romp throughout.” – Midwest Record

“Contemporary jazz flutist Alexander Zonjic is a legend in the Motor City, and he’s now back after 11 years with a brand new album (Playing It Forward) and a song that should make every Detroiter (and every honorary Detroiter around the world) take notice.” – Soul Tracks

“Track grabbing attention at the moment is ‘Motor City Sway’…our man’s homage to his adopted city…Enjoy your ride around Detroit with Zonjic and his dancers!” – Jazz&Soul&Funk

“Along with a half a dozen new songs (five of which were penned or co-penned by Lorber), Zonjic has also reimagined five cover tunes for flute with fresh arrangements…delightful new album.” – Exclusive Magazine